It seems that a new health benefit or scare is played out in the media nearly every other month, so we thought we would take a look at 4 health benefits of coffee, which are based on science. No scaremongering here! 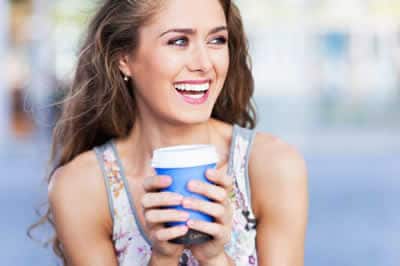 Well. This is not entirely breaking news to us. However, having the science world pronounce it so, and determine that no, the happiness is not simply the result of caffeine induced high, verifies our experience.

The evidence comes from a study conducted by the National Institute of Health that found people who drank coffee were less likely to suffer from depression. – Sorry guys it seems that this study only involved women!  The study noted that this brighter outlook on life is attributed to the stimulation of the central nervous system with enhancing the production of dopamine and other chemicals which have an antidepressant effect on the brain.

Another study where findings suggest that coffee drinkers are blessed with a rosier outlook, found that the participants including both men and women who drank coffee (or rather its equivalent dose of caffeine) were able to spot positive wordsmore quickly, identifying them from a computer screen, while negative words did not have the same effect. Check for all the ins and outs here: Or again read the headline, drink and be merry! (Eat too, by all means) 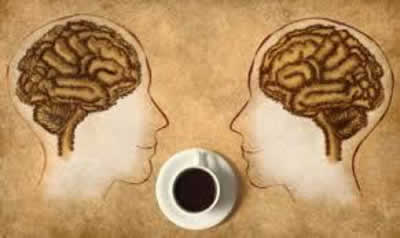 Well we know that coffee tends to make us more alert, cheerful and energized so why not smarter?

This particular study found that participants performed much better in memory tests after consuming caffeine.

It has been accepted for some time that the consumption of caffeine enhances those complex brain functions linked to intelligence: attention, reaction time, vigilance and logical reasoning.

These processes all improve following a shot of caffeine, particularly when one is sleep deprived. The coffee injection gets the brain jump started and firing on all cylinders literally. Apparently this neural firing is increased markedly because the caffeine blocks the neurotransmitter, Adenosine.

A burst of cleverness in a cup Well my amigos this one is decidedly a “no brainer” – when called upon for that extra burst of ingenuity: Quickly consume that cup of coffee and be clever! Or brew up and perform like Usain Bolt.

This obviously much needed and sought after study just exudes its authenticity. I kid you not – persuasive evidence comes forth resulting from a study of rats no less! Findings suggest that a cup of coffee can get you in the mood so to speak because the rats that got their shot of caffeine were more motivated to seek sex partners than their un-caffeinated animal counterparts. Thus we learn that caffeine will enhance sexual arousal.

Speaking of performance and endurance, good news too for those into endurance type sports like cycling and running and other sporting endeavours. It seems that coffee drinkers are also endowed with superior athletic performance and motivation. The study found that after drinking caffeine the participants put more effort into their training and felt motivated to continue for longer.

Anyway, the scientific explanation for increased performance is detailed in a New York Times Report here: http://www.ncbi.nlm.nih.gov/pubmed/22124354  I guess it hardly needs to be said –

Let’s raise a celebratory mug and drink to the wonder beverage and to those eversodesirable super powers!

Coffee is a Complete Wonder Drug 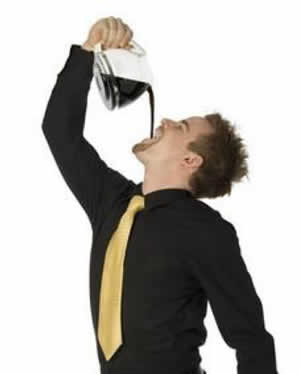 As well as the many previously revealed accolades to coffee we find that it is also helpful for preventing heart disease, diabetes, certain cancers, dementia, stroke, Parkinson’s disease and hepatitis. OK now it’s beginning to sound a little like a cure-all and even have that suspicious whiff of a snake oil remedy for all ills.

But no, by reading carefully we see that Dr Stetka seems to present a reasonable case and back up his findings with research and reviews of his peers and uses true scientific principles for his work.

Additionally he appears to have no financial interests in the coffee industry whatsoever – all qualities which make a good case for respecting his studies. So possibly Dr Stetka is not offering us bunk science after all and we can continue to feel confident that our beloved coffee is indeed miraculous.

A Little Time for Reflection

After completing this list of increasingly outlandish claims of coffee health benefits we need to pause for a moment’s reflection and sober contemplation. We need to look more closely and examine the claims and see if they pass a more rigorous debunking process.

Some guidelines for detecting any malarkey in the reporting of scientific studies in articles, on the internet, TV and in advertisements offers us some excellent advice. We should always be sceptical, particularly where money and health are involved. We need to look carefully at any experts, study participants, promoters or satisfied customers and see if they might stand to gain from their participation. Finally, we need to be conscious of any grandiose claims.

Consequently, I leave it in your capable hands – to determine the validity of all the asserted benefits of coffee and having now been either fully convinced or otherwise about the consequences of consuming the wonder drink, there has been, however, a serious omission that can no longer be overlooked.