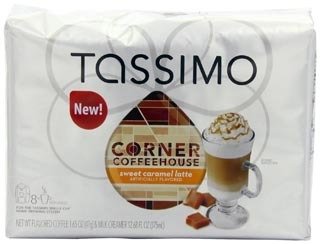 Brewing these T-Discs resulted in mild caramel notes during brewing along with some of the usual buttermilk notes from the creamer. Again, we were hoping for a stronger aroma, but since it was being concentrated into a 2oz espresso shot, we suppose we were probably expecting for too much. 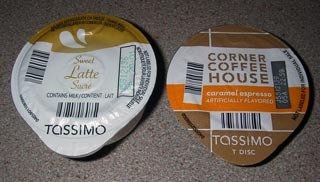 If something has SWEET in its name, you can damn well bet the final results will taste sweet and that is once more the case with these Tassimo pods. Unlike what we’ve been seeing lately, we didn’t detect any chemical notes in the sweetness and things just seemed like natural sugar overall.

At least that’s something that Kraft took the time get right. Acidity was pretty much washed-out by the creamer but did yield some bite from the espresso at various points throughout the drink. It helped let the mild caramel flavors come through & would have just washed them out had it been any stronger. 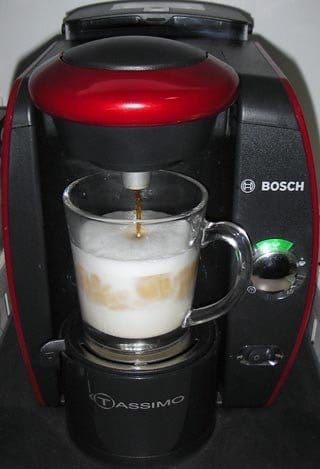 Body was layered with a light frothy layer on top followed by shades of swirled light beige in the middle and white creamer on the bottom. No amount of marketing magic could have resulted in a thick enough froth layer to support caramel drizzle like on the packaging.

We understand that Kraft have to make the packaging look appealing to customers, but come on… why not just show the drink with a reasonably believable amount of froth on top and leave it at that?

All this marketing fluff is starting to annoy us. At this rate, we half expect future packaging to include a plate of biscotti and a background of the French Alps or Italian Riviera.

Mouth feel was smooth and took on a light creamy texture with a clean finish that had light lingering notes of caramel in the aftertaste. 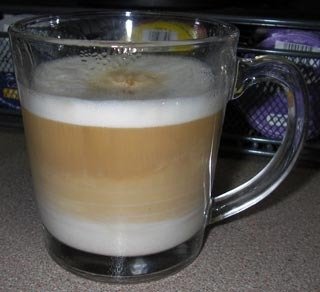 It will be interesting to see if any future flavors will be released in the Corner Coffeehouse series (a raspberry latte perhaps?) or if things will be revised in the future so that the flavoring goes in the creamer next time around.

Regardless of what happens, we think the outcome can only go up & onwards to better results. It just remains to be seen if Kraft are willing to take the required steps to achieve these goals.

Corner Coffeehouse Sweet Caramel Latte T-Discs work in all Tassimo Brewers and are available in 16-packs (8 espresso + 8 creamer) for $11.99 USD in Canada.