We continue our review of President’s Choice Tassimo products today with their Gourmet Medium Roast T-Discs. Unlike their Great Canadian T-Discs, these aren’t supposed to be clones or knock-offs of anything, but rather just a regular everyday store-brand coffee.

Brewing these T-Discs resulted in a mix of chocolate & smoky aromas with some faint raisin notes hiding underneath.

Flavor was substantially better than their Great Canadian as this time we got stronger notes of smoke & dark chocolate which gave way to stronger sour notes in the acidity while things finished off with some oily notes and hints of mild smoke buried at the bottom end of the cup.

Acidity was as we just mentioned, notably stronger with more pronounced sour notes at first sip which lingered around for a while before giving way to the spicier notes in the finish. We’re starting to think that President’s Choice should have named this roast as their Great Canadian since things were turning out considerably better this time around. 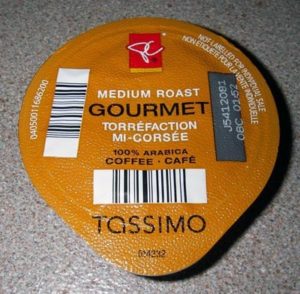 Body was medium to dark brown in color with shades of red & hints of sunburst patterns when held in front of a light source. Mouth feel was less dry than the Great Canadian and seemed to be more leaning towards the oily side than watery, but all was still pretty smooth just the same.

Finish was clean overall with some of the smoke & chocolate notes blending into an almost peppery aftertaste. 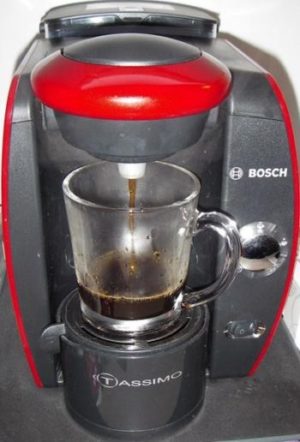 It’s surprising how much of a difference a roast can make in a coffee. Everything changes from aroma to flavor to acidity & mouth feel. Subtle notes that weren’t there before reveal themselves while other things such as acidity either take a turn for the better or a turn for the worse.

As we noted earlier, we thought the Great Canadian T-Discs were ok, but nothing which merited the fanfare and adulation which it was trying to garner. Instead, we think that THESE Gourmet Medium Roast T-Discs are where it’s at and that the title of true Great Canadian coffee should be bestowed upon this coffee instead.

There are just so many more things which earn extra points this time around that we can’t justify calling the previous T-Discs by that moniker.

While not exactly the same as Tim Hortons regular coffee, this is the closest President’s Choice have come yet and to be honest, if it hasn’t earned the namesake of Great Canadian, it’s at least earned the right to be called Gourmet.

President’s Choice Gourmet Medium Roast T-Discs work in all Tassimo brewers (dual barcodes for home & professional models are on the discs) and are available in 14-packs for $6.99 CAD or lower at various Loblaws grocery store chains. You can find out more info via their product page at Amazon.