When Nespresso first introduced the VertuoLine brewer to North America earlier this year, we were a bit caught by surprise as up until now, Nespresso was known primarily for their premium line of espresso machines which they’ve now dubbed OriginalLine.

This marked the first time Nespresso had decided to focus on conventional coffee (while still retaining the ability to produce espressos from the same machine).

An 8oz coffee from Nespresso? Given how superb some of their OriginalLine espresso capsules have been in the past, they certainly had our attention. Seeing as how coffee extraction is different than espresso extraction, Nespresso had to come up with a new way to extract brewed coffee from the capsules and they did so in a way which isn’t that common in the single serve coffee market… centrifugal force. Dubbed Centrifusion, the brewer has a laser which reads a barcode ring around the inner lip of the capsule and this code determines everything from water amounts to spin rate in order to deliver optimized results for each capsule. 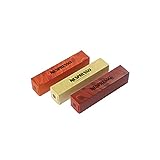 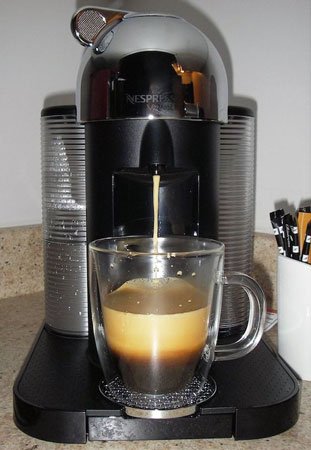 With top speeds reaching 7000rpm, the capsules spin during the brewing process while the oils and flavors of the coffee grinds are extracted at a high enough velocity to create a surprisingly thick and dense crema layer on top of the final cup. We’re used to having thick cremas on espressos, but we’ve NEVER seen an inch-thick crema on an 8oz coffee before.

Tassimo brewers have tried and produced very thin crema layers at best while Keurig’s Vue, well… don’t even get us started on what was promised but ultimately failed to materialize (in more ways than one). The only other machine which came somewhat close (and is ironically produced by Nescafé, a sister company of Nespresso) was the Dolce Gusto (go ahead, we’ll wait while you Google it given the fact that we haven’t seen new capsules for that machine in ages).

There’s a few other things which have yet to be mentioned about this new brewer, most notably how does the coffee actually get extracted? Very uniquely, to say the least. A large hole is pierced in the centre of the capsule where the water gets injected, then a series of about 20 smaller holes pierce the perimeter of the capsule at the same time. As the capsule spins at high rpm, water gets injected in the central hole while brewed coffee gets extracted out of the smaller holes and flows through the machine’s main spout into your cup. 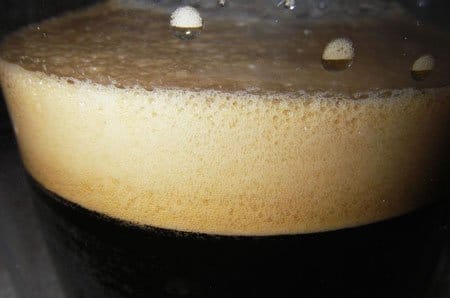 Nespresso’s OriginalLine capsules were unique in how the bottom of the capsule gets pierced by 3 water needles and the foil lid is pressed against a square checkerboard extraction grid, but this new perimeter piercing extraction method seems even more odd & unique the first time you see it.

While it’s not widely advertised, the machine’s aluminum cup stand has a magnetic backing which makes for easy placement over the removable plastic drip tray underneath. The stand also uses the backing to lock itself into place in the elevated position when brewing espressos. It’s a very simple yet nicely executed touch which adds to the overall premium feel of the machine (although the shiny chrome on our model did a fine enough job at screaming high-end on its own).

We decided to dissect a used capsule and discovered that there’s no filters whatsoever inside. This hold true to both the coffee and espresso VertuoLine capsules. As you can see, the extraction needles embed themselves directly into the coffee grinds and we can only guess that the centrifugal force alone serves as a form of filter to prevent too many grinds from entering each cup (we did find very minute trace amounts of grinds in both the coffees and espressos once we reached the end of each cup, but there were so few present that it was negligible).

We also like how Nespresso have redesigned the capsule sleeves as they now have a central cardboard retainer which house the capsules. This retainer sits within grooves on each end of the sleeve in order to keep things secure during shipping and it appears to work wonders as for the first time in ages, there weren’t ANY crushed capsules in our order. 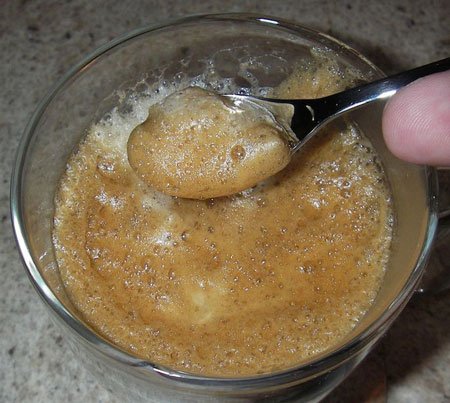 So, enough about how the machine itself functions, how does the coffee taste? We decided to have first crack at the machine by trying out our first flavored coffee from the VertuoLine line-up… their hazelnut-flavored Hazelino capsules.

Brewing these capsules resulted in light aromas of roasted hazelnuts tinged with a mild smoky undertone which made for a uniquely smokier hazelnut aroma than what we’re used to when compared to hazelnut coffees on a Keurig or Tassimo machine. It was almost like a hazelnut coffee spiked with a shot of super dark espresso.

Billed as a 6 out of 11 on Nespresso’s intensity scale, flavor was also unlike anything we were expecting. Rather than a sweet mild coffee, we got a stronger coffee which seemed more akin to a lungo as we got an odd foreign hazelnut flavor up front followed by more strong smoky notes in the background. We also got strong oily notes as well with some dark chocolate flavors hiding underneath. We say it’s a foreign hazelnut flavor because it’s simply unlike any hazelnut coffee we’ve had before. We can only guess that this must be what Europeans consider hazelnut coffee to taste like. The best way we can describe it is a smoky/oily hazelnut taste. We can definitely see how some people are going to be turned off by this if they’re expecting a sweeter hazelnut flavor which they’re normally used to.

Acidity is on the medium side with a slight bitterness only revealing itself near the end of each sip as the oils tend to cover-up most of the sour notes. Body was intensely dark like a conventional espresso and yielded a wine-like deep crimson red color when held to a light-source, but the star of the show was definitely the insanely thick crema on top which had a dense, foamy characteristic and remained for several minutes before it started to dissipate.

Mouth feel seemed smooth although a bit on the oily side, although given the oily aroma & flavor, we were expecting this to be the case. Finish was a bit dry with lingering smoky notes and very faint hazelnut notes in the aftertaste.

We have to admit that while we love the insane crema which these capsules produced, we were expecting more of a pronounced, sweeter hazelnut flavor overall. You could tell there was some heavily roasted hazelnut flavors occurring in the background but all we were mostly noticing was the stronger smoky & oily notes of the coffee itself. As we’ve mentioned time and time again in the past, a flavored coffee should always hold its flavor in focus as the main attraction.

If the flavor hides in the background as the main coffee notes take centre stage, then what’s the point of even flavoring the coffee in the first place? Maybe Europeans are more accustomed to subtly-flavored coffees which have weaker flavor notes? We’ve never been overseas, so we can’t compare. While Nespresso do recommend adding another experience to the coffee by mixing-in some cream or milk, we still think a flavored coffee shouldn’t need this in order to bring out its namesake flavors.

Nepresso get a bit of a pass this time around (we came very close to giving this an 89 – Good score instead) as after all, this is their first attempt at producing 8oz coffees for the North American market. It could just be they’re unaware of how we like our flavored coffees (ahem, actually flavored would be nice), or as we noted above they could be used to having lighter flavorings that side of the pond and prefer loads of smoke flavors instead.

Regardless of the reason, we did still enjoy a distinctly European-inspired stronger coffee experience and felt that the crazy crema layer was a luxuriously appreciated touch unlike anything we’ve ever seen on an 8oz coffee before. While it’s not clear how they plan to update the machine to read new barcodes should newer flavors be produced in the coming years ahead, we still hope that they plan to do like the OriginalLine and introduce their yearly Variations limited-edition line-up to the VertuoLine or at least create more flavored coffees in the future.

We hope they go a little crazy next time… how about a strawberries & cream coffee? cherry cordial coffee perhaps? How about taking the excellent chocolate raspberry Cioccorosso OriginalLine Variations capsules from last year and turning that into a flavored VertuoLine coffee capsule? An 8oz version of that with a super-thick crema would be amazing!

So many ideas & possibilities… we can only hope that the folks in charge are reading this or paying attention. As for the VertuoLine’s current state of affairs? It’s off to a pretty decent start. At $0.95 cents per capsule (surprisingly, same pricing in USA & Canada), it just remains to be seen how adopting the North American public are to the concept and if it proves successful, just how far the VertuoLine can go from here in the months ahead.

Nespresso VertuoLine Hazelino Capsules are available in sleeves of 10 in USA & Canada exclusively (minimum of 5 sleeves, any flavor, required per online order). You can also buy individual sleeves of these capsules in-person at any Nespresso Boutique location across North America.