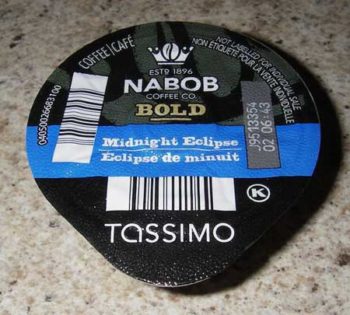 Named after a lunar eclipse, Nabob intended for this coffee to be as dark and mysterious as its lunar namesake and while we won’t throw in as much of a kitsch factor as they decided to, we’ll admit that this particular flavor piqued our curiosity after we read that the regular ground coffee version won the 2012 International Taste & Quality Institute’s Superior Taste Award (then again, their Gastown Grind flavor also won the same award last year in 2013 and we rather enjoyed its T-Disc version).

Today we continue our Nabob Bold series reviews by checking out their Nabob Bold Midnight Eclipse T-Discs. Lets see if this flavor performs as well as the hype that surrounds it.

Brewing these T-Discs resulted in intense earthy aromas of strong smoke, light cocoa and mild spices lurking in the background. Flavor was much like the aromas as we got strong smoky notes in the foreground followed by hints of cocoa mixed with hints of molasses & mild spices near the end of each sip. We also could taste the strong oily notes which reminded us of many French Roast coffees we’ve seen in the past. The overall strength of the flavors was enough to wake us up and more than lived up to the bold namesake. 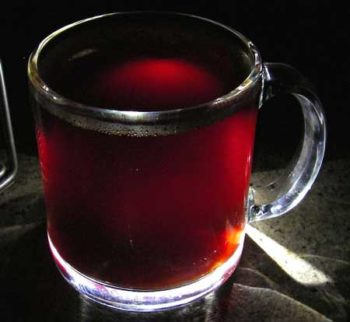 Acidity was well done and balanced as we didn’t notice any strong sour notes and could instead focus on the main flavors in the coffee while still getting just enough vibrancy to keep things alive just the same. Body was one of the darkest we’ve seen in a while and paired perfectly with the eclipse namesake as we could barely see through the cup.

We noticed dark shades of red with faint sunburst notes in the bottom corners of the cup which left us wondering if this coffee should have been namedSolar Eclipse instead?

Mouth feel remained smooth with light oily textures which gave a substantial feel rather than being anything overbearing. Finish was a mix of sweet & dry with some smoky notes throughout followed by a strong cocoa note lingering around in the aftertaste.

As with the previous Nabob Bold Gastown Grind T-Discs, this one comes in the size of a milk creamer T-Disc and despite brewing a large 12oz serving size, you definitely don’t get a watered-down result. Coming in at an even stronger taste,Midnight Eclipse exceeded our expectations and ended up being our favorite of the bunch. 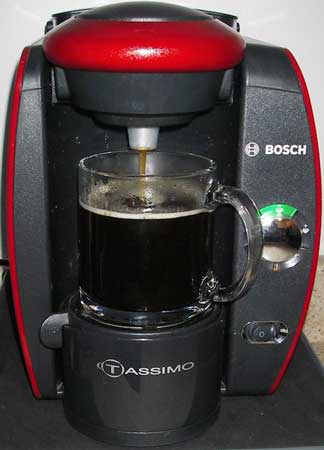 As we noted before, despite being billed as a 12oz brew, you’ll want to grab at least a 14oz mug to avoid overflows or circus-worthy balancing acts as you make your way to the kitchen table (seriously, our 12oz mug was filled to the top)

There’s still one flavor in the Nabob Bold series which has yet to make it to T-Disc format, their Full City Dark, but we wouldn’t be too surprised if it shows up in the coming months once people get a chance to try what’s already on the shelves. We came into this not expecting much from the Nabob Bold series and were pleasantly proven wrong on more than one merit.

The fact that you get 12oz instead of 8oz from a serving while still retaining the strong bold flavors in each coffee is just an added bonus. As for the final results? We think Nabob has done an outstanding job.

Nabob Bold Midnight Eclipse T-Discs work in all Tassimo brewers and are available in 12-packs for $9.49 CAD via our Tassimo guide and at various grocery stores across Canada (pricing may vary by store).