Hawaiian Coffee aficionados, all around the world, agree that the type of coffee bean you use to brew is the determining factor on the quality of the coffee brewed. Also equally important is how the coffee bean is picked and processed. Whether you are a coffee snob or not, it’s important to educate yourself on what’s available on the market today. 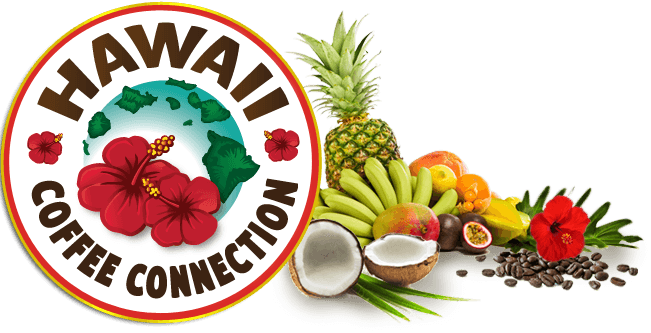 Exotic locations and blends are well advertised because of the quality each possesses in the bean and oils. Places like Hawaii, Sumatra, Tanzania and Kenya are often seen on packaging that boasts rich smooth flavor.

What makes this Hawaiian coffee bean so special?

Kona Coffee is harvested on the windy mountains of Hawaii. Mostly from the Hualalai and Mauna Loa mountains, these coffee beans are hailed to be the best tasting coffee world round. This is the only place where Kona Coffee is grown. They are harvested and processed into 100-pound bundle sacks and flown to places all around the globe.

These shiny green beans are left unroasted. This enables the bean to keep its flavor and aroma for the duration of the delivery. Often times, the Kona Coffee bean is blended with other lesser beans to enhance the overall flavor. This combination is known to be Kona Blend. Still delicious in flavor and texture, this Coffee Kona blend is only about 10% pure Kona bean. Although some coffee purists may cry out in vain, most people don’t mind the taste of this blend. In fact, most people seem to not care but just enjoy the coffee nonetheless. Only those who are willing to pay the premium for a 100% cup of Kona Coffee can enjoy it in all its glory. It will cost a fortune.

The Secret to Kona Coffee

But in all honestly, how does the Kona Coffee Bean set itself apart from the rest of the coffee on the market? Sure, the processing is critical but the tropical climate and rich volcanic soil can Hawaiian Coffee have its distinct richness, unmatched by any other bean? 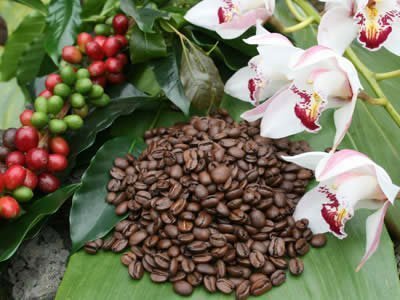 The body of Hawaiian Coffee is full with flavor and has minute subtle cues of win and spices. Despite the rise and fall of coffee through the years, Kona is still ranked and coveted by coffee lovers worldwide.

However, Hawaiian coffee buffs also know that the roasting plays just as important a role in the quality of the coffee made. It goes hand in hand with in the quest of the perfect cup of Kona coffee. Roasting is considered an art form. It can transform the bean into the embodiment of pure enjoyment for the taster. Growing the perfect coffee bean requires the same care and expertise as the roaster. Weather conditions and soil lay the foundation for it. This is the reason why the Kona Bean is seen as unmatched due to the ideal climate and fertile soil it’s farmed in.

Now you can understand why Kona Coffee is so praised by coffee lovers all around the world. If you haven’t considered enjoying a cup of Kona Coffee, why not start today? There are many delicious blends available at your local coffee shop and grocery store. You won’t regret it.

Hawaiian coffee is a gift from the sun

But where on earth can these ideal conditions for Hawaiian coffee be found? How about Kona, Hawaii?

At the base of volcanoes Mauna Loa and Hualalai, the view is bounded on one side by mountains of perpetual green and pacific blues on the other. The morning air is soft and balmy, yet pure and refreshing. There is no place more beautiful where one would desire to pass their allotted time on earth, nor is there any other place better suited for growing specialty coffee!

This is the Kona Hawaiian Coffee Belt, a 20-mile long by 2-mile wide band, which rests 700 to 2,500 feet above sea level. Spanning between the slopes of two volcanoes, lush green hills are covered by small, family owned plantations made up of trees that are sometimes more than a hundred years old.

It is commonly believed that the Governor of Oahu, Chief Boki, was the first to introduce coffee to the Hawaiian Islands in the year 1825. While on a British warship, he acquired the coffee plants from Rio de Janeiro. The first coffee plants were planted and flourished in the Manoa Valley in Oahu. Since then, the growth of coffee plants has spread all over the islands, including the Kona Coast, which now produces the world famous Hawaiian Coffee.

The perfect blend of all the six elements comprising of rich soil, proper elevation, cloud cover, sunshine, rain and a moderate slope helping in the drainage of the roots provided by the Hawaiian islands, have ensured an ideal environment to produce some of the richest Hawaiian coffee in the world. The season of growing Hawaiian coffee starts in January and continues until the month of June. Every year the coffee growers wait patiently for the blossoms after the early rains that eventually produce coffee berries.

Each phase of coffee making is looked after meticulously, starting from roasting and flavoring to dry milling. The typical Hawaiian coffee is rich in its color, density, and acidity with a great flavor. 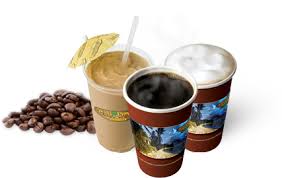 The Hawaiian Islands, being the only state growing coffee in the US, produce an average of seven million pounds of coffee every year. While the Kona coffee remains one of the most favored around the world, a majority of the other islands have also started growing coffee now.

Apart from the Kona coffee, some of the top flavors of the Hawaiian coffee include Kauai’s coffee, Ka’anapali Maui coffee, Haleakala Maui coffee, Molokai’s coffee, Waialua coffee and Macadamia Cream to name a few.

Due to its taste and overwhelming popularity, Hawaiian coffee can be very expensive, although the experience of tasting a quality cup is worth the money.