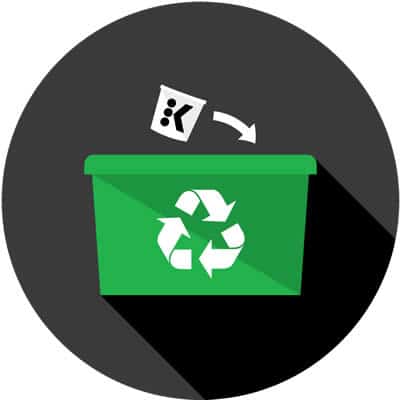 We recently wrote about how Coffee Club has come up with what is considered a world first in compostable coffee pods. The firm, we hope, will lead a path that others will follow in looking at ways to reduce the wastage generated from coffee capsule delivery systems.

So as one of the world’s largest producers of coffee pods, and certainly the biggest in North America, we wonder why Keurig is not leading this small but important environmental movement. Ok, the recycling of K-Cups is not going to change the world nor have any measurable impact on the amount of waste a country like the size of the US generates in a year, but a company that shows true innovation in other areas is publicly lacking in this area.

We ask, surely with changes Keurig have brought in with its new 2.0 Brewers and the use for the first time of invisible ink to try and retain the proprietary use of only its coffee pods in its Brewers, a big selling feature could have been for the consumer the move towards biodegradable or recyclable pods. This might have helped in the marketing of the 2.0 system. So rather than some out there thinking it’s in effect an anti-trust move worthy of news worthy lawsuits, the company could have put in place a real positive with it helping its customers reduce their wastage foot print.

As we wrote about last week, we take personal responsibility in ensuring we recycle as much as we can and reduce the wastage we produce. But a firm can help its customers in the process; it can take constructive steps to help in this endeavor and encourage people make better use of materials that are otherwise disposed of.

So rather than move down the approach of trying to be all protective of its K-cup system why doesn’t Keurig differentiate itself from its competitors and offer something that is a positive difference and something people will respond to in a positive fashion, rather than the skeptical one that we have read about so frequently online and in the press.

So what steps could the firm take to move down this path. We certainly aren’t material experts, nor production engineers, so this is rather a layman’s approach. The types of materials that go to make up a K-Cup’s three main parts (ie, the plastic outer cup, the filter paper that sits inside the outer cup and to top it off a foil of aluminum) could be aligned to plastics, metals etc that local authorities already accept for recycling. So rather than re-inventing this wheel this could be an area that Keurig and Coffee Club could team up in, providing tangle benefits to both.